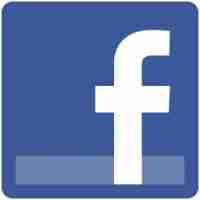 Facebook has announced that starting in 2012 it will  display “Sponsored Stories” directly in the News Feeds of its users.

According to the Facebook help section, “When your friends interact with businesses and organizations on Facebook (e.g., when they like an organization’s Page or check-in to a business), stories about their activity are generated in your News Feed.”

This means that if a user that has “liked” a brand or business on Facebook, that user could be featured in an ad presented to their Facebook friends, which would be paid for by that brand or business choosing to participate in Sponsored Story advertising.

Users will be shown only one ad per day in their News Feed and will have the option of deleting each Sponsored Story with the “X” in the right top corner. The post will be marked as an advertisement at the bottom, so most users will have read the post before they realize that it is a Sponsored Story. Users are not allowed to opt out of sponsored stories at this time.

Facebook’s decision to increase advertising shouldn’t come as a surprise to many, especially since the addition of Sponsored Stories recently. Now, when someone “likes” a page, their friends may see a small Sponsored Story from that person in the right hand sidebar of their Page, sometimes accompanied by their profile picture in the ad.

Facebook is aggressively defending its advertising decisions to users, by posting a link at the top of the News Feed page which explains that Sponsored Stories will help keep Facebook free.

These new changes beg a few questions: Will people be upset about seeing Facebook sponsored advertising in their actual News Feed? Will users mind being used in advertisements without their permission? Will people be less likely to “like” businesses and brands on Facebook because they know they could land in a Sponsored Story? Is keeping Facebook free reason enough to tolerate some advertising in the News Feed? It seems like the answer will depend on the person. One ad a day may not seem like much, but if there isn’t an overwhelmingly negative response, it is possible that these harmless ads will serve as a gateway to even more advertising on Facebook.

One response to “Sponsored Stories on Facebook: Will people care?”